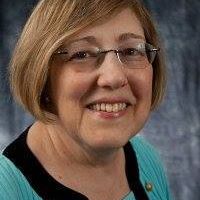 I have been trying to identify my superpower since I got laid off from my corporate job in 2008. It wasn’t enough to say that I was smart and I knew a lot. In my previous attempts, I had decided that my superpower was creating a safe environment for people to make changes in their lives. While true, it was a supportive skill and not what would move people to want to work with me as their coach. So, when I had the opportunity to sign up for Start With You, I jumped at the chance.  I knew I would get access to Marisa’s latest thinking and exercises for identifying what would make me stand out from all other leadership coaches.  And indeed, I did.

I tried a new exercise where I identified all the major emotional moments in my life, decade by decade.  Since I have lived many decades, it was a long list.  First, I identified which motivators were key for me, but as I stared at the list, other patterns seemed to get clearer and clearer.  I kept identifying times when I had demonstrated my leadership, where I initiated major change projects and they were accomplished with great success.  And other times when perhaps I had pushed too hard and took bigger risks that were successful within the company but I would end up losing my job or wanting to leave. I noted every time I had evoked courage. This led me to realize that I had used the strategies and tools that I taught in my graduate Organizational Development and Leadership course, Ethical Effectiveness. Not only had I demonstrated my courage while creating powerful change, I knew how to teach and inspire others to do the same. I had found my superpower and I couldn’t wait to start using it. Just three days later I had a meeting with a prospective client and she was looking for exactly what I was uniquely able to provide: someone to help her identify her next strategic moves and find the courage to accomplish them. We’ll be starting to work together shortly and I’ll be earning back over 6 times the cost of the course.

From the Start With You program, I also discovered that belonging just edged out self-actualization as my dominant motivational need. I am about to start a group coaching program for people leading change efforts that will include an online community where we will support each other’s courage and ensure that their projects are part of the less than one in eight that have successful outcomes.